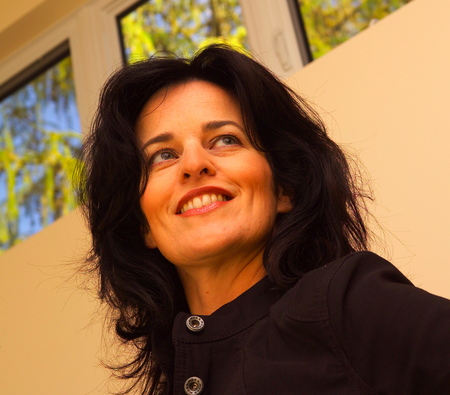 Sue's 6th album "Tonight We Sail" has been released, featuring nine of her songs plus a tune each from Tom Petty and Robbie Robertson, captured live off the floor with the fabulous Potion Kings - Jeff Bird, Kevin Breit, Randall Coryell and Howie Southwood.

Sue has worked as a collaborator/performer for 30 years with video/performance artist Nora Hutchinson, touring shows across Canada, performing live and in video productions. Nora Hutchinson: Rebel Opera is a retrospective of Nora's career, Art Gallery of Hamilton, Sept. 2020 - April 2021.

Sue is a member of RavenString Collective, with Neal Evans, Peg Evans, Jeff Bird Tor Lukasik-Foss, and Nora Hutchinson, who explore the creation of new works hybridizing opera, traditional folk, music, theatre and performance art.  Past works include: In Safe Places, (performed throughout Ontario between 1996 to 2003), If You Hate This Planet (1996 - 1997), Urban Hootenany (2007), The Soul of the Street (2011).   Hugin and Munin, A Song Cycle premiered in January 2015. Ravenstring on FB

Sue is Artistic Director of the Season Singers, a children’s performing arts troupe for which she has written and produced 14 original plays and nine original musicals. Season Singers Gallery

Sue was the Honorary Chair, Women of Distinction, 2017

Sue, along with Shannon Kingsbury, is Co-Artistic Director of Ondine Chorus.  Inspired by community, interchange, and the beauty of the collective voice, Ondine Chorus explores the marriage of vocal expression and physical movement through scored pieces and improvisation.   Ondine's debut EP "Towards A Little Light" was released in March, 2014.  http:///www.facebook.com/OndineChorus

Sue spent ten years as a part of the acclaimed vocal trio, The Bird Sisters, recording and touring original music across Canada and throughout the U.S., receiving warm welcomes across the land, a healthy radio response and critical acclaim for artistic achievement.

Sue is a dedicated music educator with a vibrant teaching studio. She is co-founder of Sonic Playground, a musical adventure for children.

Sue is a co-founder of Guelph’s amazing Hillside Festival and she orchestrated the BIG 20.  Aerial photo by Jeff Bird.  Thank to the trusty pilot, Murray Ritchie.
The "Big 20" facilitated from the stage by Sue: 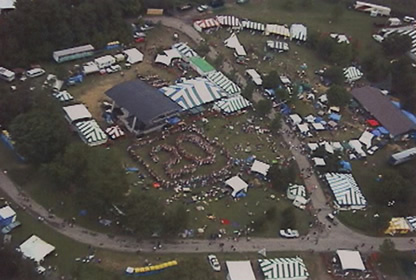