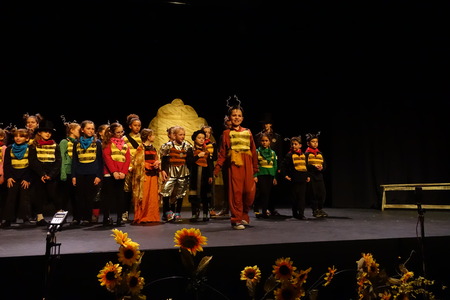 The Season Singers is a children’s creative performance troupe founded in the winter of 1998 with the intention to create opportunities for children to come together in song, dance and performance. The Season Singers (7 to 12 years of age) named themselves with a democratic vote and continued to "sing the seasons” as they rolled by.

Under the Artistic Direction of Sue Smith, and in partnership with Barbara Bryce, the Season Singers grew from a small choir to a performing arts troupe which created and presented nine original musicals. Earlier, 14 theme-based plays were created using popular song to flesh out the stories based on themes from Voyageurs to Whales, Enchanted Forests to Rocket Ships, Magic Carpets to Snowmen and more.  Nine original musicals have been premiered by the Season Singers: "A Little Bit of Thunder” (2008), "The Land of Hue” (2009), "Hullaballoo at the Grand Old Tree" (2010), "Who Put Out the Lights?" (2011), "Oh Little Planet (2012),  "When Mermaids Sing" (2013) and "Home Is Where Your Honey Is" (2014), "School For Stars" (2015) and "Quest For the Rainbow" (2016).

The Season Singers operated on a sessional basis, rehearsing and developing a show during a one month period and culminating in live performances. The program was fast, exciting and rewarding. While no longer in production,  Season Singers' programs may take a new shape in the future. Please see "The Plays” for synopses. See "Season Singers" under "Galleries" for photos of our performances. 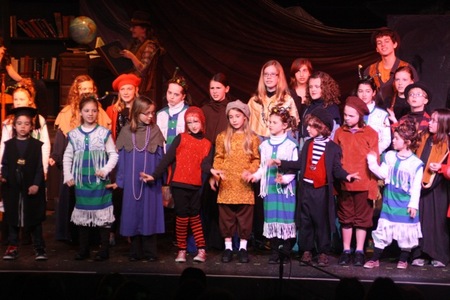